Sting comes to Lakeview Amphitheater on Tuesday 6th September 2022. The artist is performing on a handful of dates this year, with this being one of the performances. Moreover, he also has a 2022 L.A residency and fans are looking forward to some of his incredible live music. The 17-time Grammy Award winner and legendary music artist will be performing hits from his solo career as well as some hits from his band, The Police. Fans would definitely demand some hits such as “Roxanne” and “Message in a Bottle” when he takes the stage on 6th September 2022 at Lakeview Amphitheatre. He will also be accompanied by Joe Summer on some dates this year. If you want to catch Sting live in concert, get your tickets ASAP! 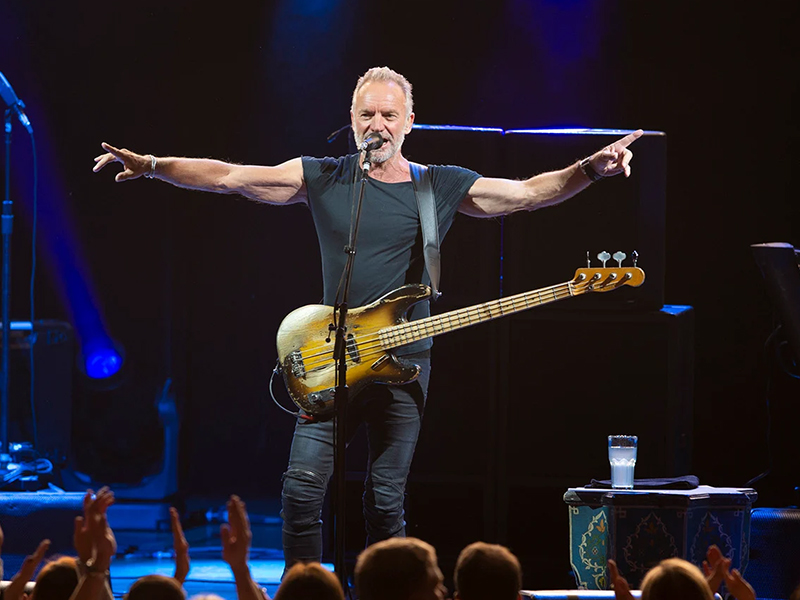 English musician, singer, songwriter, and actor Sting is ready to perform at the Lakeview Amphitheatre on 6th September this year, and he will be expecting a jam-packed crowd. Sting began his career with the new wave rock band The Police and played there between 1977 and 1984. The artist then launched his solo career in 1985 and has been producing amazing music since then. He has garnered a massive fan base in the U.S and has sold out shows worldwide. The 70-year-old artist still performs every concert with every once ounce of energy, which makes him so popular among his fan base. With his band, he became one of the best-selling music artists.
His solo career saw him drift towards several genres, including Reggae, classical, Jazz, new-age, and worldbeat. His ability to perform a diverse range of musical styles made him one of the best live performers around. Currently, he is scheduled to play several shows in the U.S, and the artist would certainly expect jam-packed shows. He has sold more than 100 million records combined with his band police and solo career. Get your tickets right now and catch Sting live in concert before all of the tickets are sold out!