Let the good vibes roll on as the Zac Brown Band enthralls you at Lakeview Amphitheater on Friday, August 11, 2023, for the "From the Fire Tour." With special guests King Calaway and Marcus King, you can expect a jam packed venue with the most amazing visuals and incredible talent on display. Together, these artists make up the BEST of BEST in the genre and truly speaking, this event is not to be missed. Tickets have already been selling out very quickly, and if you don't grab yours now, you will miss out. Luckily for you, this is the best place to get a set so don't delay! 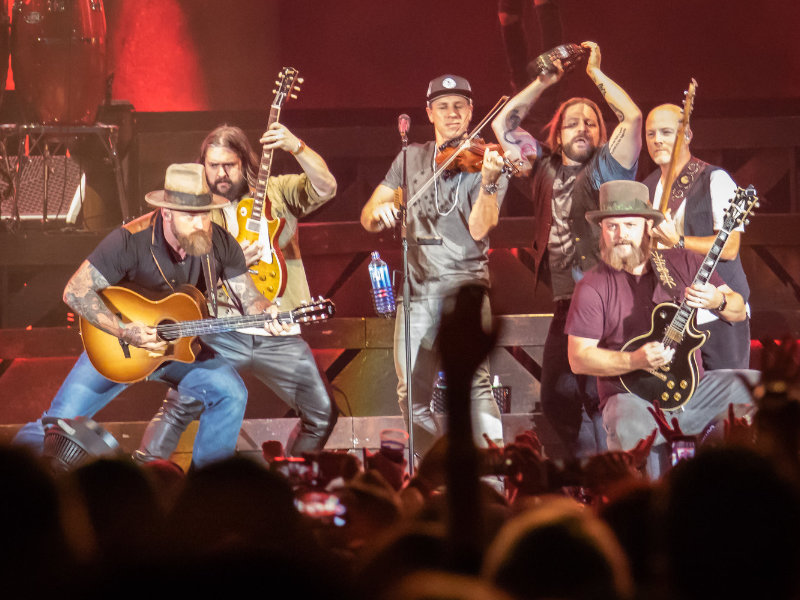 In 2002, Zac Brown started the Zac Brown Band, which frequently performed in the South. In 2003, he established Southern Ground as his own label previously known as Home Grown, but his entrepreneurial spirit didn't end there. He and his father opened Zac's Place, a Lake Oconee eatery with live local music, the following year. A developer saw it and decided to purchase the business. Brown used the funds to buy a tour bus and pay for his Home Grown debut album, which he released in 2004.

The band's talent grew as new members joined the team, and by 2008, the country singles "Chicken Fried" and "Toes," which evoked 1970s country-rock, had contributed to the group's rise to fame in the late 2000s.

Seven studio albums, two live albums, a greatest hits album, and two extended plays make up the band's discography. On the Hot Country Songs or Country Airplay charts from Billboard, 13 of their singles reached the top spot. Their debut album, "The Foundation," has received triple platinum certification from the Recording Industry Association of America, along with platinum certification for "You Get What You Give" and "Uncaged."

The rest, as they say, is history, and you can be a part of it by purchasing your tickets right this second before they run out. You will not regret attending this incredible event because it will be the highlight of year.